Near Monte Vigo with views of the peaks of Cevedale (to the north) and the Brenta Group (to the south) is where you’ll find the Rifugio Orso Bruno, built in the early seventies at 2,156 metres above sea level. With all amenities, the refuge in winter is at the centre of the Skirama Dolomiti ski area, a focal point linking Marilleva, Folgarida and Madonna di Campiglio. In summer, on the other hand, when the ski lifts also run, it is frequented by families who appreciate the sweeping vistas, the local cuisine and the opportunities for moderate walks.

Open
From 20 June to 20 September
From early December to early April
Before leaving for your hike, always contact the manager to verify the actual opening of the mountain hut

Walks
A roughly 40-minute (downhill) walk takes you to Lago delle Malghette and the refuge of the same name. From the lake you can walk down to Folgarida through the forested Val Meledrio passing the Malga di Vigo and Malga di Folgarida summer pastures (2 ½ hours to the valley floor, difficulty E). The walk over Passo della Pesa then down to the little Mezzana lakes and to the Malga Copai takes 1 hour (difficulty E). 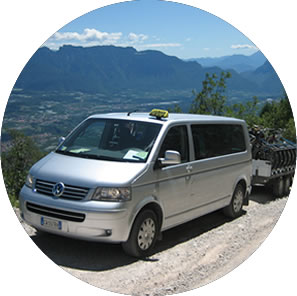